What About carry forwarding of CESS credit into GST

The common observation of the department during the transitional credit verification is that the closing credit balance of the Education Cess, Secondary and higher Education Cess, Krishi Kalyan cess (herein after referred as ‘Cess credit’ for brevity) is not eligible for the transfer into GST.

As per the CENVAT credit Rules, 2004 cess credit is also considered as CENVAT, ‘eligible credit’ was defined but was not made applicable to section 140(1) ibid and hence there was no any restriction for carry forward of such credit. Based on the above understanding, many taxpayers have carried forwarded the closing balance of Cess credit into GST via Form Tran-1.

Government vide Clause 28 of CGST (Amendment) Act, 2018 has made the retrospective amendment w.e.f. 01.07.2017 in the Section 140(1), ibid replacing “eligible credit” for “CENVAT credit” to disallow the carry forward of the Cess credit into GST. By virtue of this amendment, the closing balance of Cess credit is not transferable as ITC under GST. This article discusses the course of action that the tax payer, who have carried forward the credit requires to take. 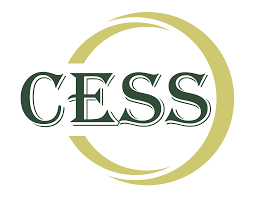 Reversal of the ITC: As the amendment is retrospective in nature, the amount of Cess credit carry forwarded into GST becomes the transfer of irregular credit and requires to be paid back to the Government. The same may be paid back by way of reversal of CGST credit through Table 4(B)(2) of the GSTR – 3B and intimate the department in writing with a dated acknowledgement. In case there is no sufficient credit this gets reflected into to electronic output register and needs to be paid in cash.

When CESS credit carry forwarded into GST but not utilized: As far as interest on input tax credit, the reference shall be made to the section 50(3) of CGST Act, 2017 which specifies that interest is required to be paid by a taxable person at 24% if he claims any undue or excess claim of input tax credit under Section 42(10) and Section 43(10).

Is there any waiver of the interest liability as the ineligibility was due to retrospective amendment?

In general, whenever retrospective amendment was made, it was the practice of the Government to give a saving clause in terms of either waiver of the interest liability or specify the cutoff date from which the interest liability would attract. Unfortunately, no such saving clause is found in the present retrospective amendment made in the section 140, ibid.

Judicially, the Hon’ble Supreme Court in case of Star India Pvt Ltd Vs CCE, Mumbai 2006 (1) STR 73 (SC) held that interest liability does not arise “The liability to pay interest would only arise on default and is really in the nature of a quasi-punishment. Such liability although created retrospectively could not entail the punishment of payment of interest with retrospective effect”.

How to Encash the Cess Balance: As there is no provision for lapse of closing balance of Cess Credit under the old law (CENVAT Credit Rules, 2004) and that CENVAT held to be vested right of the tax payer, the taxable person can apply for the refund of the same as per the provisions of the old law.