Nidhi Company means a company which has been incorporated as a Nidhi with the object of cultivating the habit of thrift and savings amongst its members, receiving deposits from, and lending to, its members only, for their mutual benefit, and which complies with such rules as are prescribed by the Central Government for regulation of such class of companies.

a) A Nidhi to be incorporated under the Act shall be a public company and shall have a minimum paid up equity share capital of five lakh rupees.

b) Every Company incorporated as a ‘Nidhi’ shall have the last words ‘Nidhi Limited’ as part of its name.

d) A Nidhi shall not admit a body corporate or trust as a member.

e) A minor shall not be admitted as a member of Nidhi:

f) The Director shall be a member of Nidhi.

Note: No Nidhi shall have any object in its Memorandum of Association other than the object of cultivating the habit of thrift and savings amongst its members, receiving deposits from, and lending to, its members only, for their mutual benefit.

Returns to be filed

b) Every Nidhi shall issue equity shares of the nominal value of not less than ten rupees each: but it does not apply to companies formed as Nidhi under sub-section (1) of Section 620Aof the Companies Act, 1956

c) Every Nidhi shall ensure that it has not less than two hundred members;

d) A savings account holder and a recurring deposit accountholder shall hold at least one equity share of rupees ten.

b) A Nidhi may offer interest on fixed and recurring deposits at a rate not exceeding the maximum rate of interest prescribed by the Reserve Bank of India which the Non-Banking Financial Companies can pay on their public deposits.

Net Owned Funds means the aggregate of paid up equity share capital and free reserves as reduced by accumulated losses and intangible assets appearing in the last audited balance sheet:

(ii) where at the request of the depositor, a Nidhi repays any deposit after a period of three months, the depositor shall not be entitled to any interest up to six months from the date of deposit;

Provided that in the event of death of a depositor, the deposit maybe repaid prematurely to the surviving depositor or depositors in the case of joint holding with survivor clause, or to the nominee or to legal heir with interest up to the date of repayment at the rate which the company would have ordinarily paid, had such deposit been accepted for the period for which such deposit had run.

(e) Deposits may be accepted in the name of a minor, if they are made by the natural or legal guardian who is a member of Nidhi. 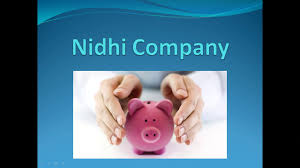 (i) A Nidhi may open branches, only if it has earned net profits after tax continuously during the preceding three financial years and a Nidhi may open upto three branches within the district.

(ii) A Nidhi shall not close any branch unless it-

(a) Publishes an advertisement in a newspaper in vernacular language in the place where it carries on business at least thirty days prior to such closure, informing the public about such closure;

(b)Fixes a copy of such advertisement or a notice informing such closure of the branch on the notice board of Nidhi for a period of at least thirty days from the date on which advertisement was published under clause (a) ; and

(c) Gives an intimation to the Registrar within thirty days of such closure.

The Auditor of the company shall furnish a certificate every year to the effect that the company has complied with all the provisions contained in the rules and such certificate shall be annexed to the audit report and in case of non-compliance, he shall specifically state the rules which have not been complied with.

(i) Every Nidhi shall maintain Net Owned Funds (excluding the proceeds of any preference share capital) of not less than ten lakh rupees or such higher amount as the Central Government may specify from time to time
(ii) ratio of Net Owned Funds to deposits of not more than 1:20.

A Nidhi shall not declare dividend exceeding twenty five percent. or such higher amount as may be specifically approved by the Regional Director for reasons to be recorded in writing and further subject to the following conditions, namely:-

(a) an equal amount is transferred to General Reserve;
(b) there has been no default in repayment of matured deposits and interest; and
(c) it has complied with all the rules as applicable to Nidhis.

Provided that an opportunity of being heard shall be given to the concerned Nidhi by the Regional Director before appointing any Special Officer.

(b) If Nidhi company contravenes any of the provisions of the rules prescribed herein, the company and every officer of the company who is in default shall be punishable with fine which may extend to five thousand rupees, and where the contravention is a continuing one, with a further fine which may extend to five hundred rupees for every day after the first during which the contravention continues.

If a Nidhi is not complying with clauses of having not less than two hundred members; or ratio of Net Owned Funds to deposits of not more than 1:20it shall within thirty days from the close of the first financial year, apply to the Regional Director in NDH-2 along with fee specified in Companies(Registration Offices and Fees) Rules, 2014 for extension of time and the Regional Director may consider the application and pass orders within thirty days of receipt of the application.

Explanation.- For the purpose of this rule ‘Regional Director’ means the person appointed by the Central Government in the Ministry of Corporate Affairs as a Regional Director;