Deadline to link Aadhaar with mobile phone extended till March 31,2018

The Centre on Thursday accepted the Supreme Court’s suggestion to extend the deadline to link Aadhaar with mobile phone from February 6 to March 31, the date now set by the government for seeding Aadhaar in all schemes, including bank accounts.

Amid forceful arguments from petitioners represented by a host of senior advocates led by Shyam Divan for a stay on making Aadhaar mandatory till the SC decides its validity, the apex court suggested to attorney general K K Venugopal that the Aadhaar-mobile phone linkage deadline could be extended to March 31, as has been done for 139 other schemes. 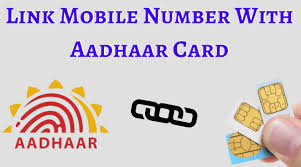 In response to the views expressed by a bench of Chief Justice Dipak Misra and Justices A K Sikri, A M Khanwilkar, D Y Chandrachud and Ashok Bhushan, Venugopal said the February 6, 2018, deadline for Aadhaar-mobile phone linkage was fixed by the SC and that the Centre would have no objection if the court extended it to March 31. The bench said it would pass appropriate orders on Friday.

The bench also said it would commence final hearings of all pending petitions challenging the validity of Aadhaar from January 10. K V Vishwanathan, counsel for one of the petitioners, said the extension was meaningless as banks continued to coerce people to enroll for Aadhaar for opening new accounts despite a five-judge Constitution bench passing an interim order on October 15, 2015, restraining the government from making Aadhaar mandatory and allowing linkage of Aadhaar to six social welfare schemes.

Venugopal said Aadhaar as an identity proof was demanded by banks for opening of accounts as part of a structured fight against fake accounts, money laundering and circulation of black money. The AG said persons opening new accounts in banks must either produce an Aadhaar number or proof of application for Aadhaar. The Centre was not willing to waive this condition, nor defer its enforcement till March 31, Venugopal said.