Air-conditioned restaurants currently charge GST @18% and non-air-conditioned ones charge 12% GST. As per recent proposal made to GST Council, a rate of GST in case of restaurants is being planned to be kept at 12% without the facility of ITC on Restaurants.If this proposal is materialized by GST Council, it may turn the accounting and financial policies of hotels upside down. This update is about the consequences on hotel industry if this proposal is implemented:-

Earlier in service tax regime, if credit was availed on the input services that were commonly used for providing taxable and exempted output services; provisions of proportionate reversal were attracted under rule 6 of the Cenvat Credit Rules, 2004. In GST regime, the same concept has been carried forward. The rule 42 of CGST Rules, 2017 prescribes the manner of reversal of Input tax credit (ITC) and this rule also provides for reversal on the services that are commonly used for providing both exempted and taxable supplies.

A hotel provides a number of services like restaurant services, accommodation services, beauty parlor, health and fitness services, etc. A restaurant is the indispensable part of a hotel and under the present scenario, a majority of ITC availed by hotels comprise of inputs and input services consumed at the restaurant. If the proposal under consideration is implemented, the hotels may face the following consequences:-

• The significant part of the ITC will be straight-forward denied as exclusively consumed for providing the exempted services. This will increase the tax payment in cash by the hotels.

• The amount of proportionate reversal will also increase as the entire proceeds from restaurant services will come under the purview of ‘exempt supply’. However, in service tax regime, the services which were used exclusively in services on which credit was not allowed was termed as ‘exempted services’ and proportionate credit was allowed on the same. But a definition of ‘exempt supply’ given under Section 2(47) of CGST Act is not on the same lines. Hence, the department will not ask for the proportionate credit but they will say that the credit completely on the common input, input services, and capital goods will not be allowed. 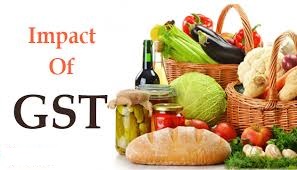 • There are certain inward supplies the end use of which is not determinable at the time of procurement. For eg. food and beverages and other ready to eat products (which may be consumed at a restaurant as well as while providing mandap keeper or accommodation services). It will be very difficult to keep a track of all of these products in order to determine the admissibility of ITC.

• Further, there are commonly used items like cutlery, crockery, linen, etc. which can also be used in a restaurant as well as while providing the Mandap keeper services. Also, there are certain contractors which supply the manpower which is used commonly in restaurant, accommodation, mandap keeper and other services provided by a hotel. As of now, hotels are eligible to avail full ITC on these goods and services. But the implementation of an above stated proposal may restrict the quantum of ITC.

• The rate of GST is proposed to be reduced from 18% to 12%; thus rate-wise there will be the direct benefit of 6%. However, the hotels shall have to forgo a significant amount of ITC for availing this benefit. Further, it will create a lot of ambiguities regarding the admissibility of ITC as discussed above. This will add to the complications inherited by GST regime. Moreover, the objective of GST council to ensure the cheaper food for the general public will not be achieved. On the contrary, it will increase the cost of food to them.

Due to above-mentioned reasons, there will be additions to the ambiguities created by GST in the hotel industry. Further, since the significant amount of ITC will be at stake, most likely, there will be the nominal change in the present rates prevalent at restaurants even after the implementation of above-said proposal by GST Council.