The government on Friday launched an app called GST Rate Finder App which as the name suggests, is your ready reckoner for all the tax rates that are to be levied under the GST (Goods and Services Tax) regime.

“First app of its kind which would be a ready reckoner for public, for customers, for consumers, traders, students, anyone who wishes to have very handily (GST) rates available. So, if you are in a market, a restaurant or anywhere you can easily check what the (GST) rate is,” Central Board of Excise and Custom (CBEC) chairperson Vanaja Sarna Said.

The app is currently available on the Android platform, but will soon be made available for Apple’s iOS users as well, the Finance Ministry said. The rates can also be accessed from the CBEC GST website. 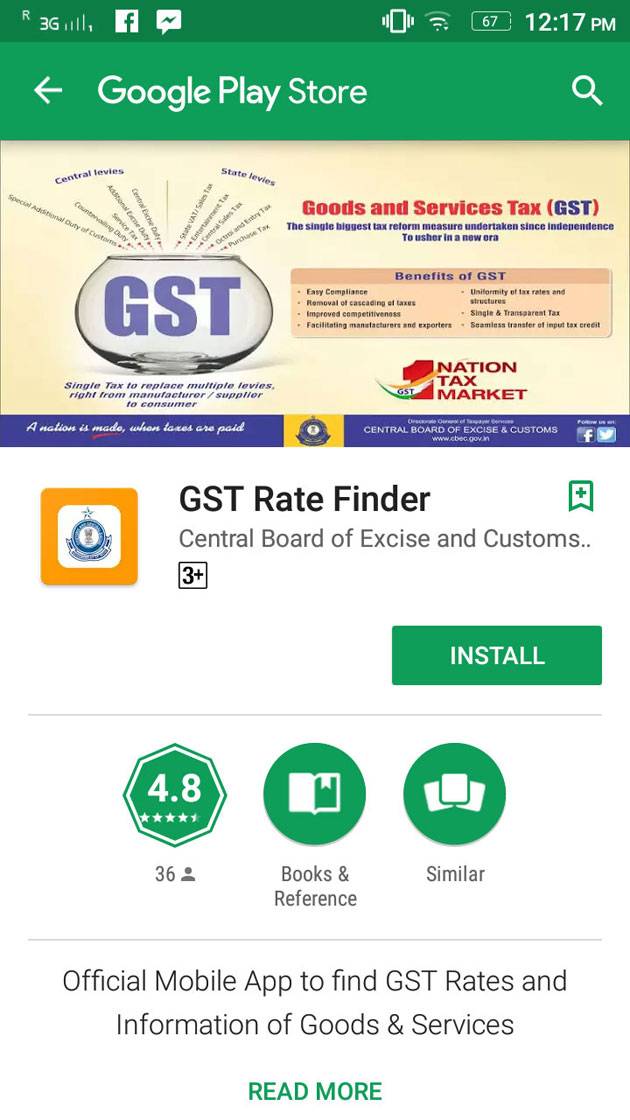 Once the GST Rate Finder app has been downloaded it can be used in offline mode as well. “A taxpayer can search for applicable CGST (Central GST), SGST (State GST), UTGST (Union Territory GST) rate and Compensation Cess on a supply,” the Finance Ministry said.

The government has undertaken a slew of initiatives to educate and familiarise both consumers and traders since it launched GST in an elaborate midnight function on June 30-July 1 in the Parliament’s central hall which which broadcast live for the entire nation.

Earlier this week the government started a series GST “masterclasses” aimed at addressing queries and clarifying any confusion or doubt regarding the new tax regime. These “masterclasses” are in the form of hour-long programs held across six days. They are telecast live on the state run television channel Doordarshan along with live webcasts. The “masterclasses” are primarily conducted by Revenue Secretary Hasmukh Adhia who’s joined by other senior government officials who’d be subject experts on the day’s topic.

GST is India’s most ambitious tax reform since independence and subsumes over a dozen central and state taxes that were levied on goods and services earlier. Bringing the country under a uniform tax regime, GST is expected to add 2 per cent to India’s GDP (gross domestic product)