“Merchant Exporter” means a person engaged in the trading activity and exporting or intending to export goods. Merchant exporters are instrumental to boost exports which contribute to the growth of Indian economy.

To support the same, special benefit of procurement of goods without payment of duty is provided under earlier indirect tax laws (Central Excise/ VAT etc.) on following the procedure prescribed. Under GST, the said benefit was discontinued till 23.10.2017.

Accordingly, merchant exporter is left out with no option but to procure goods with payment of duty and subsequently claim as a refund. This has resulted in blockage of working capital due to increase in cash outflows.

Conditions to be satisfied to avail exemption

Goods to be exported within a period of ninety days from the date of issue of a tax invoice issued by the registered supplier.

Merchant exporter shall indicate the GSTIN and the tax invoice number issued by the registered supplier in the shipping bill or bill of export, as the case may be;

Merchant exporter shall be registered with an Export Promotion Council or a Commodity Board recognized by the Department of Commerce; 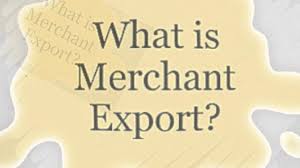 Whether availing the benefit under the said notification mandatory?

In accordance with the explanation to sec 11(3) of CGST Act, 2017, in the case where an exemption is provided absolutely (wholly or partly), the taxpayer shall not collect tax in excess of effective rate. However, as the present exemption (partly given) is subjected to several conditions as explained above, it is not compulsory but optional to avail the benefit of charging GST at a nominal rate of 0.1%.

What are the consequences if GST is paid at an applicable rate without availing the benefit?

If GST is collected at full rate without availing the benefit under concerned notification, the same needs to be remitted to the government though exempted partly (Sec 76 of CGST Act). Further, the refund cannot be claimed by the registered supplier as the incidence is passed on to the customer. However, merchant exporter can claim the refund of the same.

Whether paying GST @0.1% amounts to ‘exempted supply’ in the hands of ‘Supplier’ which requires the reversal of ITC availed?

But, sale to merchant exporter is exempt in excess of 0.1% i.e, exempted partly but not wholly. Hence, the same is not an exempted supply and does not require reversal of credit.

However, as per sec 2(47) of Telangana SGST Act, 2017, the term ‘exempt supply’ is defined to mean exempt from tax under sec 11…… The word ‘wholly’ is not preceded by the term ‘exempt’ in the SGST Act of Telangana which is in conflict with the definition provided in CGST Act. Accordingly, even supplies which are partly exempted constitutes to ‘exempt supply’ as per TGST Act. And the state authorities may dispute to reverse the proportionate credit of SGST on common inputs/input services/capital goods.

This situation may not arise in other states like Karnataka, Andhra Pradesh etc. where there is no such conflict in definition between Central & State Acts.

Whether the benefit is available for advances received prior to 23.10.2017?

There is a reduction in the effective rate of GST (i.e, from the normal rate of GST to 0.1% w.e.f 23.10.2017) on supplies made to merchant exporter. A query may be raised whether this reduced rate can be applied even to the advances received before, but supplies made after 23.10.2017. In accordance with sec 14(b) of CGST Act, 2017, in case of the change in the rate of tax and where payments are received prior to the change in rate and invoice, goods are supplied after the change in the rate of GST, the time of supply shall be the date of invoice. Accordingly, the new rate is applicable for the entire supply.

However, there could be another view possible, conflicting the view of ‘change in effective rate of GST’ as ‘change in the rate of GST’. This is so because the power given to government to prescribe GST rate is given under section 9(1) of CGST Act, whereas the power to exempt (wholly or partly) is given under section 11(1) of CGST Act. Accordingly, the notification issued in accordance with sec 11(1), exempting the supply to merchant exporter in excess of 0.1% may not be treated as a change in the rate of tax and sec 14(b) of CGST Act, 2017 cannot be applied.

And GST is to be paid at the applicable rate on receipt of advances and @0.1% on invoice value reducing the advance receipts.

The amendment so given is certainly a positive sign to encourage such exports through merchant exporter. However, clarification is required w.r.t border transaction on 23.10.2017 and applicability of GST rate and such other issues as discussed above.

The article drafted is considering the amendments in GST till 10th Dec’17.