How GST will impact a common man’s budget

It has been more than 40 days since GST has been implemented in India. While the industry was very apprehensive, the GST transition has been smooth. The big question is how GST will impact a common man’s budget.

Goods and services tax is stated to be one of the biggest tax reforms in India, which would not only impact the businesses but also the common man.

The primary impact to be felt by the consumers would change in prices of goods and services on account of GST rates.

As far as price concern , while services would mostly be more expensive in the initial phases, impact on prices of goods could be a mixed bag.

In the long run, once the benefits of Goods and services tax are expected to kick in in terms of higher input credits and reduction incascading effect, it is anticipated that the inflationary effect will come down and prices, in general, would come down and stabilize.

In services, the tax rate has increased from 15% to 18%. The 3% increase could potentially mean an increase in the price of services by 3% for the common man, in the short run. 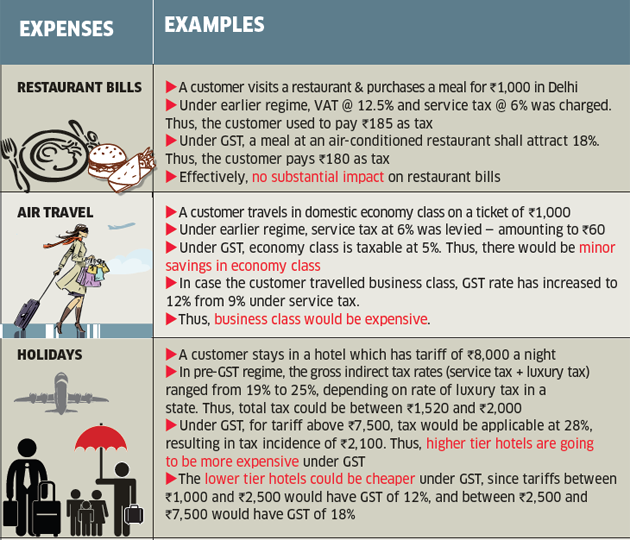 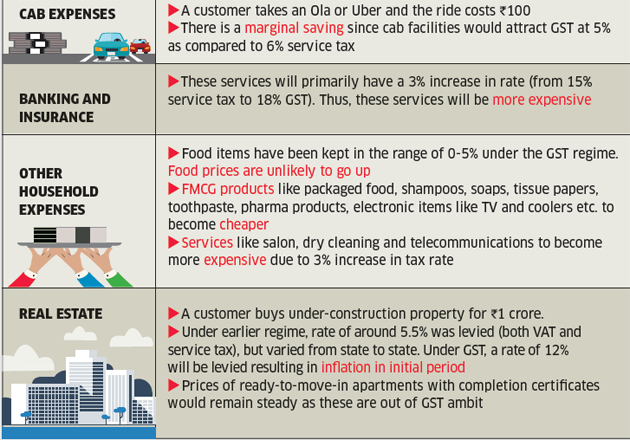 In household budget of the common man , there are likely to be some obvious gainers and some obvious losers but once the law and pricing of commodities reach steady state,

All consumers should gain. We have provided a few examples to explain the impact of Goods and services tax on the Normal person , the impact on pricing on account of additional credits and hence reduced cost of supply is separate.

GST is expected to bring greater transparency, improve compliance levels and create a common playing field for businesses by
amalgamating a host of central and local taxes. It would change the current tax regime of production-based taxation to a consumption based system.

There is no doubt that the corporate would benefit once they settle in under GST and assess the impact on their parental business; however, the advantages to the common man may take longer to be apparent.

It is expected that the consumer would also reap the benefits of the new tax regime, once the corporate have transitioned completely to the new tax structure and start to pass on the benefits to the end user