Direct Taxes Code can simplify taxation and reduce your tax

The Finance Ministry is planning to revamp the direct tax structure. Previous attempts to overhaul direct taxes were not successful named  Under Direct Taxes Code .

In 2009, the Direct Taxes Code had suggested radical changes, including the removal of many exemptions and generous tax slabs. Under DTC, income from all sources, including capital gains from stocks, maturity proceeds of insurance policies and even the PPF, was proposed to be taxed. There was also no distinction between short-term and long-term capital gains.

DTC will not only simplify the financial lives of Indians but even reduce their tax outgo. We looked at the finances of a person with a gross annual income of Rs 15 lakh (including capital gains and interest income). Assuming a basic exemption of Rs 5 lakh, he would pay roughly the same tax under DTC (see table). On the other hand, the removal of the web of exemptions, will curb tax leakages.

Even if all deductions and exemptions are removed, tax outgo under DTC will be lower provided the basic exemption is raised to Rs 5 lakh 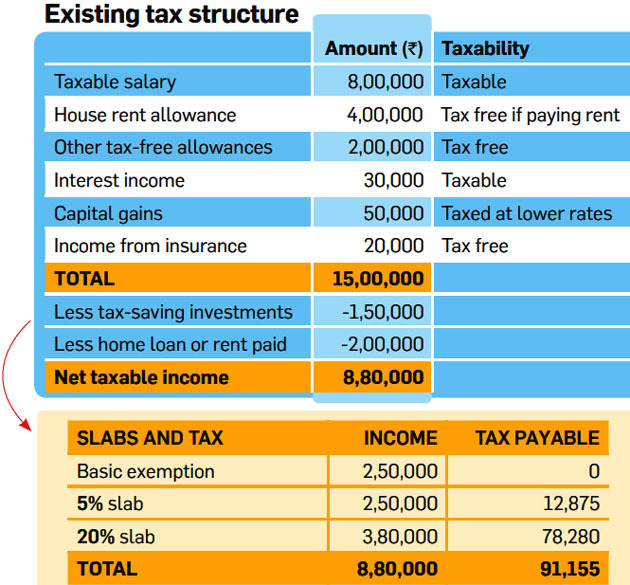 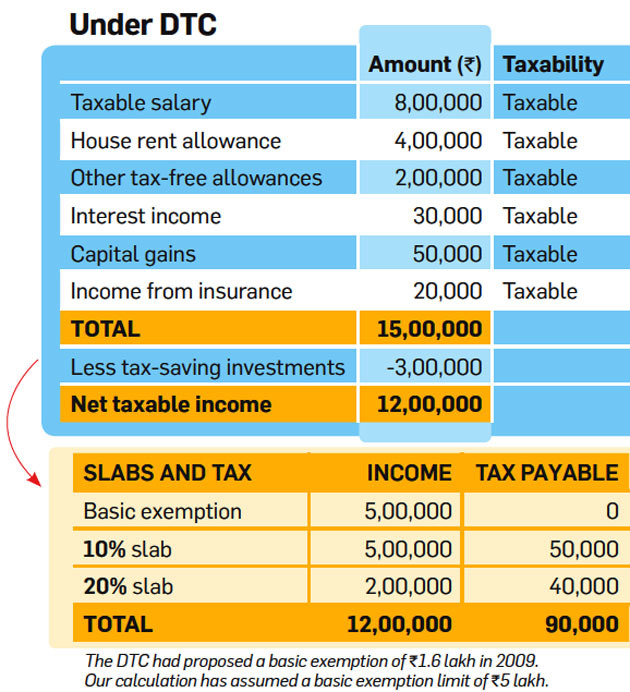