Know which tax cases will not come under the faceless assessment.

In the faceless assessment, taxpayers and tax authorities will not need to meet each other or keep an identity.

New Delhi: From now on there will be a faceless assessment of income tax return. That is, taxpayers and tax authorities will not need to meet each other or keep an identity. While announcing major reforms in the tax system of the country, the PM announced this on Thursday. The government is hopeful that this will end the scope of corruption and will prevent more interference from officials in tax matters.

The Central Board of Direct Taxes (CBDT) has stated that all cases of income tax to be taken for scrutiny will be evaluated under faceless assessment. In its scope, only international tax cases other than search, Caesar (seizure) will not come.

CBDT deals with cases of personal and corporate tax. The CBDT has directed that all assessment orders will be issued by the National E-Assessment Center under the Faceless Assessment Scheme, 2019.

The CBDT said that this is being done to ensure that all assessment orders are issued under the Faceless Assessment Scheme, 2019. Only Central Charge and International Tax cases will not be included. 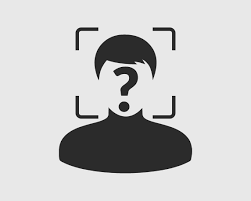 What do the experts say?

Shailesh Kumar, a partner at Nangia & Company LLP, said the CBDT’s administrative order was part of the implementation of the Taxpayers Charter issued on Thursday by Prime Minister Narendra Modi.

Kumar said that this order means that from now the Income Tax Department will make a faceless assessment of the taxpayer. Only central charges (especially raids and confiscations) and international tax matters will not be included in this. This will reduce the contact between the taxpayer and the tax officer in the process of assessment.

What will be the benefit?

Shailesh Kumar says that with the provision of faceless assessment, tax authorities will be able to complete the assessment process faster. The reason is that they will depend only on the details given in writing on behalf of the taxpayer. There will be no personal meeting or interaction with their taxpayers. The international affairs of central duties and taxes are excluded from its purview. The reason for this is that such cases are quite complex. In such a situation, the taxpayer-tax department must come face to face.

Why is there a need to be careful?

How will the assessment happen?

Under the Faceless Scrutiny Assessment, a central computer will take up cases for investigation according to the risk parameters and differences. Will then allocate them to the team of officers. An official said that the notices issued in this regard will have to be answered electronically without coming to the tax office. It was launched on October 7, 2019. Since then, a total of 58,319 cases have been given for investigation under Phase I faceless assessment till July 2020.