Less than a month after International Consortium of Investigative Journalists (ICIJ) leaked financial data known as Paradise Papers, Tax advisers of Indians named in the list of those with money stashed in tax havens could find themselves in the income tax net, said two people in the know. However, finance secretary was noncommittal regarding the issue.

“In the investigation matter, we cannot disclose the processes which are initiated or which are going on. We, therefore, cannot give the point-wise reply to your questions. As and when the investigations will be over, we can let you know about the actions taken out of it,”

The government is set to invoke an income tax provision introduced last year which delegates the authorities to the revenue to penalize anyone is aiding or advising in tax evasion. Names of about 700 Indians including several politicians, businessmen and film personalities figure in the leak.

According to one of the persons in the know, the government is looking to test a recently passed section under the income tax law where tax advisers can be pulled up under the new section—277A— which refers to “falsification of books of account or document” that breaks or circumvents domestic laws.

Most tax advisers ET spoke to say such an action would create panic among the tax community. “Often clients don’t even share all the details. How is the tax adviser supposed to know the exact details, and it’s quite harsh if the government is looking to bring the action against tax advisers,” said a tax adviser based in New Delhi.

“It will be unfortunate if this happens. Revenue authorities must differentiate between tax avoidance and tax evasion, the latter is not a violation of law,” an HNI tax adviser whose name has pointed out in the earlier set of tax dodgers known as the Panama Leaks, The the government has already announced a multi-agency probe in Paradise Papers. 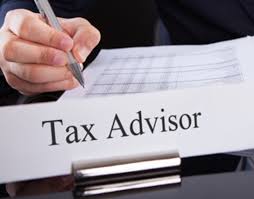 As far as tax advisers go, there is one more weapon up the taxman’s sleeves. “A disciplinary action can be taken against a tax adviser if it’s proven that an advice is being imparted with a sole intent to escape tax. Such penal provisions are embedded under Income-tax Act, the newly amended Benami Act. However, this distinction between tax planning and tax evasion is required to be understood. In case of any tax planning advice, penal consequences may not be attracted,” said Paras Savla, partner, KPB & Associates.

Income tax experts say it’s not illegal to hold a foreign bank account and any Indian individual can open and hold a foreign currency account with any bank outside India for making remittances under LRS (Liberalised Remittance Scheme). However, this could be a grey area as there is a limit on remittances.

The Enforcement Directorate (ED) can still investigate for FEMA (Foreign Exchange Management Act) or PMLA (Prevention of Money Laundering Act) if they suspect money laundering or if the depositor has transferred more money than prescribed under the law.

According to another person in the know, the multi-agency body probing the Paradise Papers could also issue multiple summonses likewise to some of the Indians whose names have appeared in the leaks within next one month.