CBDT has directed field formations to be ready to use the information, leaving out those who have declared under the Income Disclosure Scheme (IDS). 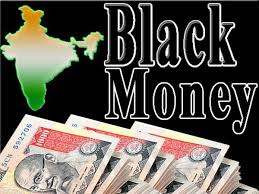 The Narendra Modi government is readying a massive crackdown on black money once the Income Declaration Scheme, which gives offenders one last chance to come clean, ends on September 30.

The Central Board of Direct Taxes (CBDT) has loads of financial information and data to act against tax evader. The board has directed field formations to be ready to use the information, leaving out those who have declared under the Income Disclosure Scheme (IDS). The scheme, which opened on June 1, allows people to declare undisclosed income or assets and escape any action after paying 45% total tax.

The scheme gives one last chance for people to come clean, as was the case in the foreign black money scheme, before the strict laws kick in. The government has already enacted a strict benami property law.

Expect black money crackdown once declaration scheme ends “The capability of the tax department to detect tax evasion has improved because of enhanced access to information and availability of technology-driven analytical tools to process such information. I want to give an opportunity to the earlier noncompliant to move to the category of compliant,” Finance Minister Arun Jaitley had said in his budget speech announcing IDS.

The official said tax authorities had sent out notices to seven lakh individuals and entities and tax authorities will begin processing them full throttle once the deadline of the scheme is over.

A post-September 30 plan is in place, the official said, adding that no one would be spared.

“We are now able to use even data sans the non-permanent account numbers (PAN),” said the senior tax official.

The official said non-PAN transactions are being populated with PAN using information the department has and in some cases, taxpayers have been asked to come forward and give their PAN.

About 80,000-10,00,00 transactions have been populated with PAN, giving tax authorities access to full income profile of these individuals. The pressure may already have forced some of them to come clean.

The official said the benami law is also coming into effect soon and the avenues for parking or circulating cash will become more limited.

Moreover, from 2018, most countries will have automatic information exchange in place and stashing cash overseas would also become increasingly difficult.

The government is also enacting laws to discourage cash economy, making it difficult to use and hide unaccounted wealth.

While information about declarants will not be shared with tax authorities as these are being handled directly by the Central Processing Centre, anyone who has declared income or asset under the scheme would just need to submit details of the declaration made in response to any future enquiry and would be let go without questions.

Under the foreign black money scheme, 648 declarations were made worth Rs 4,164 crore that yielded a tax of Rs 2,476 crore.