The Internet Freedom Foundation, which advocates a free and open Internet, hailed the Delhi High Court’s decision, and called for a strong privacy mechanism to be put in place. 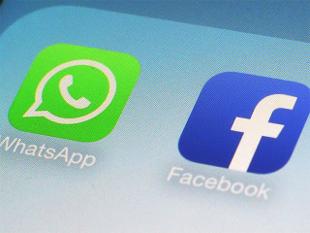 The Delhi High Court told WhatsApp to scrub all data belonging to those who delete the messaging app from their devices in a decision that could strengthen calls for user privacy.

The court also asked the government and the Telecom Regulatory Authority of India (Trai) to decide whether such messaging platforms should be regulated, adding another dimension to the ongoing debate on this subject. The case stems from changes to WhatsApp’s privacy policy that will see it sharing user data with parent Facebook.

Petitioners Karmanya Singh Sareen and Shreya Sethi filed the case after WhatsApp updated its privacy policy on August 25 for the first time after it was acquired by Facebook in 2014.

Users have until September 25 to agree to the updated policy, but can choose not to be shown more targeted advertising and friend suggestions on Facebook using WhatsApp data. However, after September 25, WhatsApp and Facebook will anyway share data with each other, raising privacy concerns among several users.
Delhi HC orders WhatsApp to scrub off user data once the app is uninstalled
“It is a path-breaking judgement protecting the interest of WhatsApp users. It is a major dent on their policy, definitely,” said senior advocate Prathiba Singh, who argued for the petitioners. “WhatsApp will have to make changes to its policy to incorporate the directions of the court.

For the future it will create a sensitivity among people that all their data could be shared with Facebook.

If users make a conscious choice to share, then it’s fine.” WhatsApp and its counsel could not immediately be reached for comment. Trai Chairman RS Sharma declined to comment saying that he was yet to go through the court order.

WhatsApp says it doesn’t usually retain messages on its servers after accounts are deleted, but may do so in some cases. “To improve performance and deliver media messages more efficiently, such as when many people are sharing a popular photo or video, we may retain that content on our servers for a longer period of time,” WhatsApp says in its terms of service. It also says that if a user does not use the ‘Delete my Account’ feature in WhatsApp to remove the app, information “may be stored with us for a longer period.”

The Internet Freedom Foundation, which advocates a free and open Internet, hailed the Delhi High Court’s decision, and called for a strong privacy mechanism to be put in place.

Cases like these “demonstrate the lack of an institutional mechanism to protect user privacy and provide a remedy to citizens. In the absence of substantive clarity and a process to enforce it, people are constrained to file public interest petitions which remain ad-hoc remedies,” IFF said in a statement.

The issue of regulating messaging platforms such as WhatsApp, Hike, Telegram, Signal and Viber has been an ongoing debate in India since last year.

A government panel on net neutrality last year had recommended regulating such apps, which had led to uproar and backlash from civil society and internet activists.

Trai had issued a consultation paper on the issue last year but is yet to come out with its recommendations.

This aspect is also a part of the broader consultation paper on net neutrality.