The Income Tax Department is a new way to catch thieves of tax stealing. Tax officials are monitored at the Tax Officer Insight portal, and this portal detects the income tax stealers who spend millions of taxpayers in crores of taxpayers.

Income Tax Department has started to spend the old affairs of theft once again. But this time, a different way is being tried. Tax officials are monitored at the Tax Officer Insight (Insight) portal. This portal detects the income tax stealers who spend millions of taxpayers in crores of taxpayers, and they are being sent letters to the names of Taxpayers. 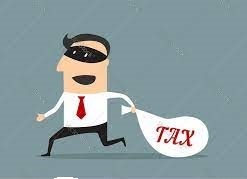 It implemented a new rule in 2021-22. A Tax Officer said, “This system works unexpectedly. So it is possible that if the stolen for four years, then the system can show for one year. In such a way, we know that there is a basis for reopening all years. Also, it takes some time to upload all information before coming in front of any name. ‘

In addition to the green flag from Insight, the IT department must follow a detailed process. If the taxpayer’s name for any assessment year comes out, then it will have to send the initial letter under the new section 148A of the IT Act. Taxpayers are given a week to answer, and if he fails it, his case opens himself. If the system gives adequate names on time, more than 50,000 letters taxpayers can send to Mumbai.

According to the revised rule, if the total income is more than 50 lakh rupees in case of tax theft, the department can rise to 11 years-old cases, and it is four years in case of less than 50 lakh rupees. The information uploaded to the portal meets banks, foreign institutions, CBI and Enforcement Directorate and second third parties. If the taxpayer gets a satisfactory answer, it is possible not to open the case. Every taxpayer will get a chance to keep their side, which was not before.