Section 10(13A) of the Income Tax Act provides for Tax Benefits to a salaried person in respect of rent paid for a rented accommodation occupied by him if he is in receipt of House Rent Allowance (HRA) called by whatsoever name. The exemption to a salaried person in respect of HRA received is available to the extent of lowest of i) HRA actually received ii) Excess of rent paid over 10% of salary and iii) 50% of the salary if the accommodation is situated in a metro city otherwise it is 40% of the salary.

In order to help the self employed tax payers and the salaried who do not receive any HRA for tent paid for accommodation occupied by them, the tax laws have Section 80 GG. This category of tax payers paying rent and who do not receive any HRA, are entitled to claim a deduction upto Rs.5000/- per month in excess of 10% of their total income subject to a maximum 25% of their gross total income.

Both these deductions can only be claimed in respect of the accommodation occupied by the you only so logically the accommodation should be situated in the place where you are employed or carrying on your business of profession.

Generally salaried people have the benefit of saving tax by contributing to the Employee Provident Fund (EPF) and create retirement corpus, no such benefit for self employed existed till 1968 when the PPF scheme was launched. Though the PPF account can be opened by salaried and self employed as well, the real beneficiaries of this scheme largely are self employed as salaried anyway have to contribute towards their EPF.

Both the EPF and PPF entitle the contributor for tax deduction under Section 80 C for an amount upto Rs. 1.50 lakh. Moreover the interest received on PPF and EPF as well the maturity proceeds of both the schemes are fully tax free in your hands presently. The rate of interest on EPF is announced at the year end and is generally little higher as compared to interest on PPF account which is announced quarterly in advance. 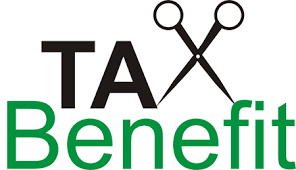 The rate of interest for EPF for the year 2017-18 was 8.55% p.a. whereas the rate of interest for PPF is 8% p.a. for the next quarter. For your EPF you can contribute only to your account but for PPF under the tax laws you can claim the tax benefits under section 80 C even if you contribute to your account or the accounts of spouse or any children.

Though the government has introduced the NPS to move away its employees from defined benefits to defined contribution based pension benefits, NPS affords an opportunity to a self employed person also to accumulate funds under NPS and then ensure he gets pension after his retirement from funds so accumulated.

With this additional benefit even one can contribute upto 2 lakhs (1.50 lakh basic and Rs. 50,000/- additional benefit) to NPS in case one does not have any other eligible item for tax deduction. The NPS account can be opened by only an Indian Citizen even by those settled outside India. The subscriber to NPS account has to mandatorily buy annuity with 40% of the corpus and 40% can be withdrawn without tax free.

In respect of the balance 20% of the corpus the subscriber can either pay tax on it or he can buy annuity with it. The annuity received from insurance Company is taxable as and when received. Though the salaried can claim the standard deduction upto Rs. 40,000/- in respect of pension received, no such benefit is available to self employed who receive pension from the insurance company for annuity bought under the NPS.

From the above discussion it becomes clear that “Something is better than nothing” can only be said about the tax benefits made available to self employed those corresponding to already available to salaried.